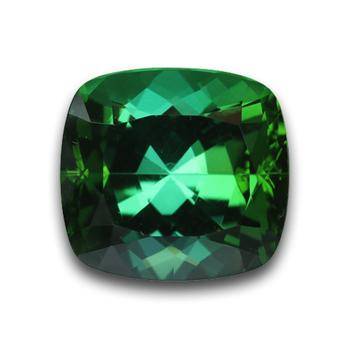 From rosy pinks to vibrant greens and blues, tourmalines can be found in a range of dazzling rainbow hues. Some even occur in a unique combination of pink in the middle and green around the outside, known as watermelon tourmalines. Tourmaline gets its name from the Sinhalese word “toramalli”, meaning “mixed gems”.

This October birthstone is one of the most popular jewelry-grade gemstones available in the market today. Rare varieties can exhibit pleochroism and cat’s eye inclusions, which make them highly valued by collectors around the world.

Brazil is the world’s main source of tourmalines. Others include Kenya, Madagascar, Mozambique, Afghanistan, Sri Lanka, Namibia, Russia, Tanzania, Zambia, the US, and Pakistan.

- The last Chinese Dowager of the Chi’ing Dynasty of China bought enormous quantities of pink tourmaline from the USA. She was laid to rest on a tourmaline pillow after her passing as a symbol of her eternal love for the gem.