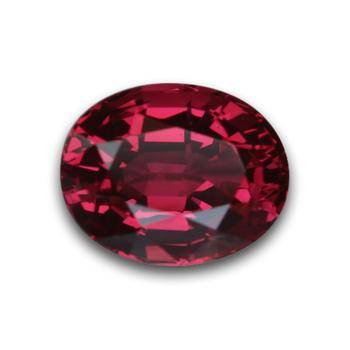 While they are rare and beautiful gems in their own right, spinels have often suffered a case of mistaken identity with rubies and sapphires over the ages. Before the advent of modern gemology, they were identified as corundum, since they were often found in the same mines.

Naturally found spinel crystals are so perfect that in Myanmar, they are said to be “nat thwe” or “polished by the spirits”. After their identification in 1783, there has been a rising demand for the gemstone, due to their stunning red and cobalt blue hues, clarity, and brilliance.

Spinel has been historically sourced from Myanmar and Sri Lanka. The gem is also found in Tanzania, Madagascar, Vietnam, Tajikistan and Mozambique.

- The famous Timur ruby that was presented to Queen Victoria in 1851 is a 352-carat spinel. It is now a part of the British Royal Family’s collection of rare jewels.