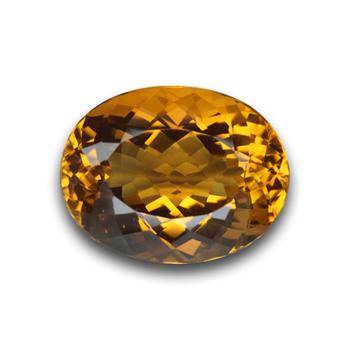 Before modern gemology, citrine was often confused with topaz, for its naturally tawny, often amber color. Getting its name from the French word “citron”, meaning lemon, citrine is one of the rarer forms of quartz and is sought after for its clarity, durability and elegant golden hue.

Among yellow gemstones, citrine remains a popular choice among gemstone enthusiasts since it is affordably priced, even for larger gems. The official birthstone for November, citrine saw a rise in popularity during the Romantic period since it perfectly complemented gold jewelry.

Most of the world’s citrine supply is mined from Brazil. Smaller deposits can also be found in Russia, Myanmar, USA, Madagascar, Bolivia, Canada, and Spain.

- Citrine was called the “stone of success” in Chinese legends. It was favored by ancient Chinese emperors who believed the stone promoted intellectual capabilities.