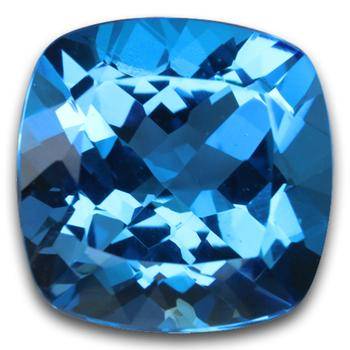 Topaz is a remarkable gemstone, sought-after for its clear, crisp colorless varieties as well as its phenomenal array of colors. The origins of its name are a mystery, with some people attributing it to the island of Topazios in the Red Sea. Others claim it derives from the Sanskrit word “tapas”, meaning “fire”.

Topaz has been a symbol of love, protection and splendor across dynasties- from ancient Egyptians to Russian nobility. The highly desirable warm golden-red variety of topaz, known as Imperial Topaz, was favored by Russian Czars. Topaz comes in some of the world’s largest mined crystals- the biggest can weigh up to a whopping 31,000 carats!

The most popular producer of topaz is Brazil. Topaz is still mined in the Ural Mountains of Russia, as well as Russia, Australia, Mexico, Pakistan and Utah.

- The El Dorado topaz currently holds the record as the world’s largest faceted gemstone, weighing in at a monstrous 31,000 carats

- Imperial Topaz was named after Russian Czars and was restricted for use only by the Czar, his family, and those who were gifted with the gem

- The 1680 cut “Braganza Diamond” that is set into the Portuguese crown is actually a spectacular colorless topaz!