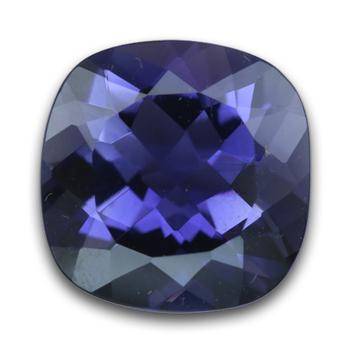 More commonly known as the “water sapphire”, the blue-violet hues of this gemstone have long been associated with exploration, adventure and seafaring navigators. Iolite gets its name from the Greek word “ios”, meaning “violet”. Its durability and clarity ensure that it can be fashioned into beautiful gems.

Iolite showcases a unique property known as pleochroism. Pleochroism allows us to see a kaleidoscopic with three different colors when the crystal is turned in three different directions. Typically, the richest violet-blue to fine blue tones are the most desirable hues for iolite, rivalling tanzanite and sapphires at a fraction of the cost per carat.

- Iolite was called the Viking’s compass because they allegedly used thin slices of the stone as a light polarizer on overcast days. Iolite cancelled out mist, clouds and haze to make everything look clearer.

- The world’s largest iolite crystal was discovered in Grizzly Creek, Wyoming. It weighed over 24,000 carats.