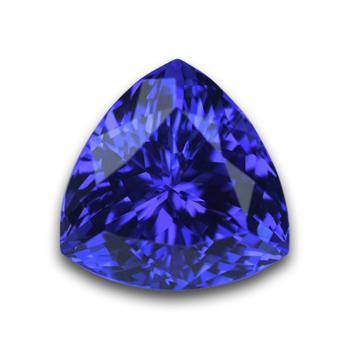 Tanzanite is only found in Tanzania, Africa, making it 1000 times rarer than diamond. The scarcity alone makes it a coveted gemstone for collectors and connoisseurs. Tanzanite was discovered in 1967 by Manuel De Souza, and its demand has only skyrocketed since its discovery and its addition to the list as the birthstone for December.

Tanzanite is extremely desirable for its trichroic nature- meaning, three different colors can be seen when it is observed from three different angles. Depending on how you look, tanzanite can flash blue, pink-violet, and reddish-pink. Rich dark blue tanzanite is the most sought-after variety, and is one of the most expensive gemstones in the world.

Tanzanite is mined solely in the shadow of Mount Kilimanjaro, northern Tanzania.

- The color blue is seen as sacred and spiritual among the Maasai. They follow a tradition where tanzanite is given to Maasai women after the birth of a child as an offering of prosperity, health and positivity.

- Gemologists believe that all tanzanite sources will be depleted in the next 10-20 years.